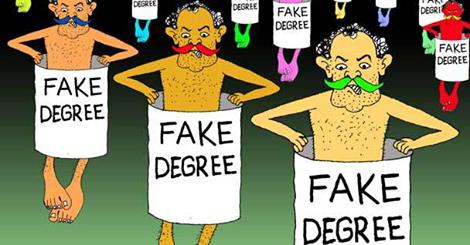 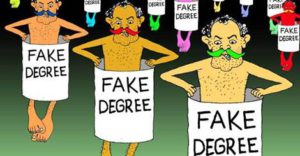 As many as 22 ‘fake’ universities are functioning in India, with a maximum of 9 in Uttar Pradesh and 5 in DELHI , government told, adding states have been asked to initiate action against these. Minister of Human Resource Development, Smriti Irani also said that the Ministry is in the process of writing to Ministry of External Affairs to seek a list of all fake varsities and institutions abroad so that students do not get trapped and duped.

Regulator on its part has started a portal “KnowYourCollege” and a mobileApp providing details about universities and colleges so that gullible students are not duped such fake institutions. There is also an inbuilt mechanism for redressal in this portal. If complaints come to the regulator, then the UGC also acts against such complaints. Government also told, “We are also making attempts to have direct interaction with students besides this ‘KnowYourCollege’ portal to help students identify fake universities,”