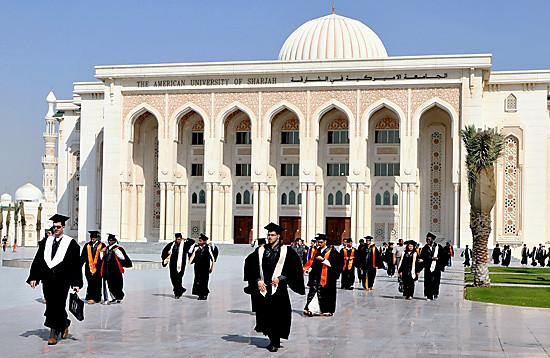 Sharjah: For the second year running, the American University of Sharjah (AUS) has topped the Times Higher Education (THE) list of universities with the highest percentage of international students globally. The list is widely regarded as one of the most reliable indicators of international student numbers, with the list’s data used by THE for its annual World University Rankings.

With international students comprising 84 per cent of its student community, AUS has surpassed the other 199 universities included on the THE.

AUS is a popular choice for students from all around the world, thanks to its outstanding academic excellence and the broader, extracurricular student experience. Its academic programmes, based on the American liberal arts model, provide students with the opportunity to combine in-depth study in professional fields with the breadth of skills valued by employers across the world. Students graduating from AUS earn a highly regarded American-accredited degree without having to travel to the USA. The university’s strategic location between Europe and Asia, and its proximity to Dubai International Airport are also cited as reasons for the popularity of AUS among international students.

AUS currently welcomes students from more than 95 countries, making its campus well known for its diversity and inclusiveness. Kevin Mitchell, Acting Provost and Chief Academic Officer at AUS, believes that the international nature of the student body at AUS is one of the university’s greatest strengths.