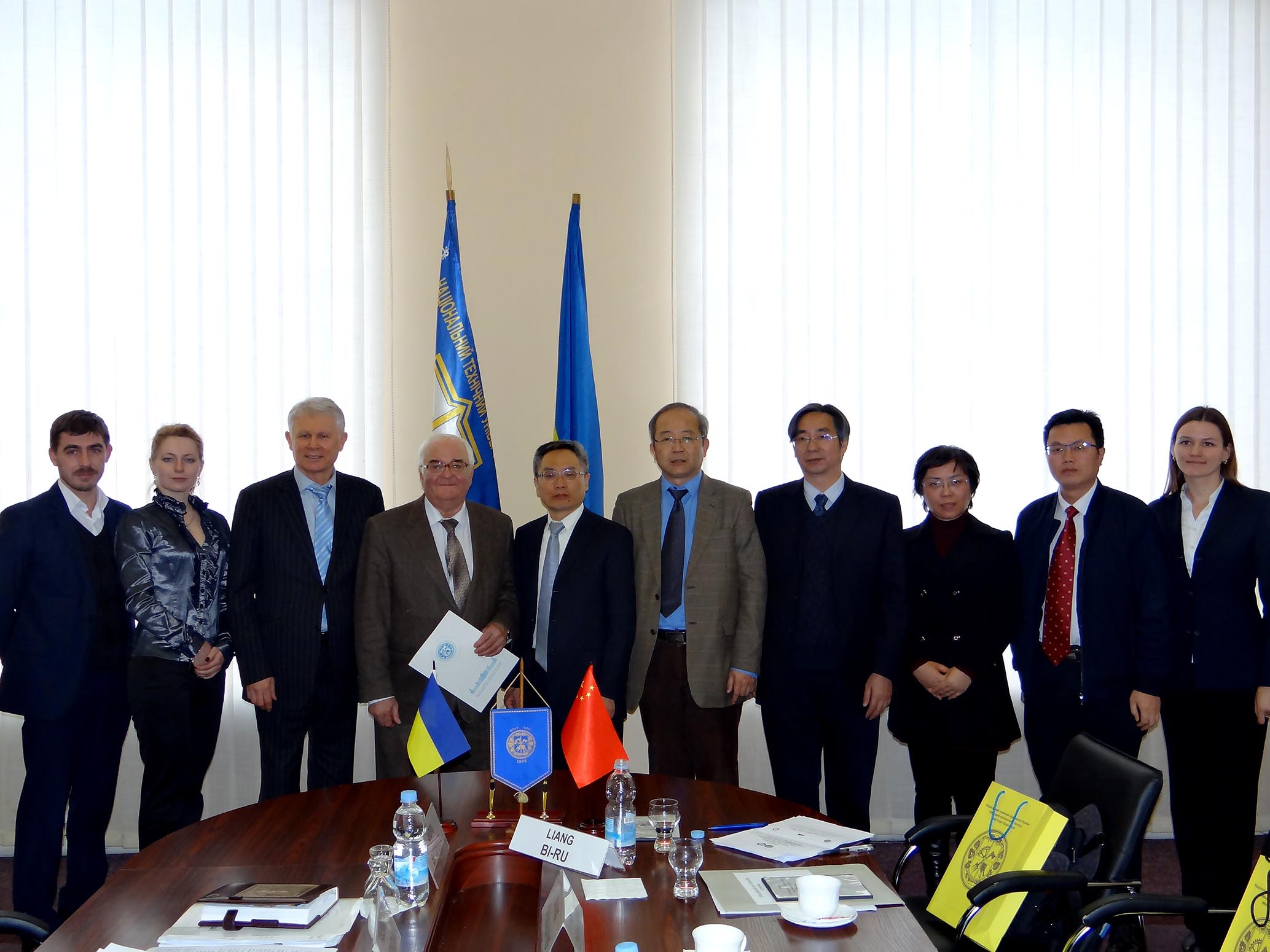 On March, 22-23, 2018 Igor Sikorsky KPI was busy with welcoming its good partners from People’s Republic of China. Guangzhou University delegation made a 2-days visit to our university with the aim to strengthen and develop already existing collaboration.

Guangzhou University delegation was headed by Vice President of Guangzhou University Prof. Guo Xingpeng and was represented also by Director of the Institute for Systems Reology Prof. Yuan Xue-Feng, Dean of the School of Mechanical and Electrical Engineering Prof. Zhang Chunliang, Vice-dean of the School of Economics and Statistics Prof. Liu Han-Zhong and Director of the International Office Ms. Liang Biru.

Firstly guests were shown the Denisenko Scientific-Technical Library and given an excursion at State Polytechnic Museum of Ukraine after which the delegation was guided to the Exposition of the Department of Aviation and Astronautics of the Museum.

After introduction of history of Igor Sikorsky KPI and taking photos the negotiation part of the meeting started. According to the traditions the Parties exchanged with greeting words and delivered presentations of universities, faculties and institutes.

The main subject of discussions was the issue of establishing a joint international institute on the basis of the University of Guangzhou. During the negotiations, the parties discussed an issue of a joint diploma, which will be awarded to students after graduation, clarified the range of specialties for joint training to be conducted (including both bachelor’s and master’s programs), discussed a number of other issues.

The meeting was generally held in an active and lively flow with numerous questions and discussions. During the two days stay the delegation visited the laboratories of the defined faculties and institutes while students were having their workshops.

After the negotiations, representatives of universities signed the Protocol on the results of the meeting. One of the decisions made was the creation of negotiating working groups, which will implement a joint project in the future.

A brief photo report about the visit is presented here.