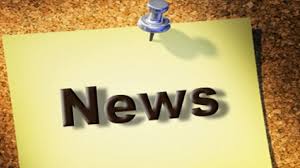 The heads of diplomatic establishments got

an opportunity to get acquainted with new developments created on the basis of the enterprises which are part of the Innovative Production Association “Kyivska Politechnika” and the League of Defense Companies of Ukraine, developed at the university by the drone “Spectator”. The drone is now produced by “Meridian”. The delegation also saw armored vehicles of the “Kozak” series, presented by the company “Praktika” and so on.

The memorandum defines the basic principles of cooperation between university and “ACG” in three areas of information technology, information and cybernetic security. The areas include a scientific, technical and innovative activity; the expansion of international cooperation, as well as the training of skilled personnel for work in the relevant fields. One of the main goals of cooperation under the Memorandum is the creation of the International Cybercenter on the basis of the Institute of Physics and Technology of Igor Sikorsky KPI. The Center should take a worthy place in the global network of cyber security centers and promote the development of scientific potential and strengthen the image Igor Sikorsky KPI worldwide.

3. On June, 16 at the exposition hall of the State Polytechnic Museum of Igor Sikorsky KPI there was a lecture delivered by a world-renowned expert on strategic issues of space industry development, entrepreneur, journalist and cosmic space enthusiast Rick Tamminson (USA).

The lecture was devoted to the most pressing problems of space exploration by mankind.

4. On June, 23, 2017 the Vice Rector for International Collaboration Sergey Sidorenko took part in the work of the Commission on Cooperation in the Field of Education in the Commission on Cooperation between Ukraine and the People’s Republic of China. The joint meeting of the Sub-Commission was headed by Minister of Education and Science of Ukraine Lilia Grinevich and Education Minister of the People’s Republic of China Chen Baoshen. The meeting was attended by the Director of the Ukrainian State Center for International Education Olena Shapovalova as an official representative of the Ukrainian side in the field of education.

Five years have passed since the first Sub-Commission meeting. Since then there were many positive changes such as the development of direct contacts between higher educational institutions of Ukraine and China, new cooperation agreements, academic exchanges, scientific and technological cooperation, exchange of experience in the field Development of professional standards. Taking into account the high demand among Ukrainian students who have expressed a desire to study in depth the Chinese language and demand among high school graduates of China who are willing to become foreign students in Ukrainian higher education institutions, both countries, of course, are interested in such cooperation.

As a result of the work of the subcommittee, the quota for Chinese citizens studying in Ukraine at the expense of the Ukrainian side was increased to 120 students, agreements on cooperation in the field of technical education were also concluded, and work was carried out on the implementation of the program of the Chinese-Ukrainian double diploma.

5. On June, 22-23, Igor Sikorsky KPI was visited by representatives of two Chinese universities. Visits were organized within the program of the Forum of Rectors of Ukrainian and Chinese Universities.

A delegation from Zhejiang University was the first to visit Igor Sikorsky KPI on June, 22. On June, 23 the university was also visited by a delegation of Zhejiang Pedagogical University. The delegations included rectors, heads of research units and leading scientists from these universities.

Representatives of Chinese universities discussed with the management of Igor Sikorsky and representatives of its divisions – potential partners, cooperation issues and possible joint projects.

6.On June, 27 Igor Sikorsky KPI held a training on writing and managing projects within the framework of the European Union Erasmus+ program was conducted in the direction of CA1: International Credit Mobility (for HEIs).

7.On June, 27, 2017. The mobile operator lifecell and IoT Ukraine have created the first Internet of Things in Ukraine based on the National Technical University of Ukraine “Igor Sikorsky Kyiv Polytechnic Institute”. The equipment for demonstration and testing was provided by Cisco.

In the Institute of Telecommunication Systems of Igor Sikorsky KPI there was an innovative platform with special equipment launched, which would enable students of the University to get acquainted with the latest technologies in the field of Internet of Things. In the Internet Labs, students and developers will be able to obtain data on the world-wide experience of IoT distribution, in-depth study of the various technologies of the new service, the creation and testing of their own applications and sensors, usage of ready-to-use products for the implementation of commercial and social projects.

8. The Cybermetrics Laboratory has unveiled the fourth university transparency rating based on the citation data of their leading scientists. For analysis, the official institutional profiles of Google Scholar Citations or standardized domains or postal addresses of universities were used.

The National Technical University of Ukraine “Igor Sikorsky Kyiv Polytechnic Institute” has maintained the first place in Ukraine, having achieved 1408 in the world with an index of 24,832. For the period from the previous rating, the university has improved its position in the world ranking with 121 points.

9. On July, 28 the 5th Economic Forum of Ukraine-Korea “Economic Cooperation in the Context of Eurasian Integration” was held at the National Technical University of Ukraine “Igor Sikorsky Kyiv Polytechnic Institute”.

The main purpose of the forum, which is establishment of an effective interaction between Ukraine and Korea, was deciphered in the preamble to its program in the section “Forum Goals”: Creation of a network for promoting bilateral economic cooperation between Korean and Ukrainian governments and business institutions; Study of new ways of cooperation between Korea and Ukraine in various spheres of economy in the process of restructuring and reforming of Ukraine.

10. On August, 7, 2017 Igor Sikorsky KPI was visited by a delegation from the People’s Republic of China headed by the General Liu Sheng, who had participated in the XII session of the Intergovernmental Ukrainian-Chinese Co-ordination Commission on Military-Technical Cooperation.