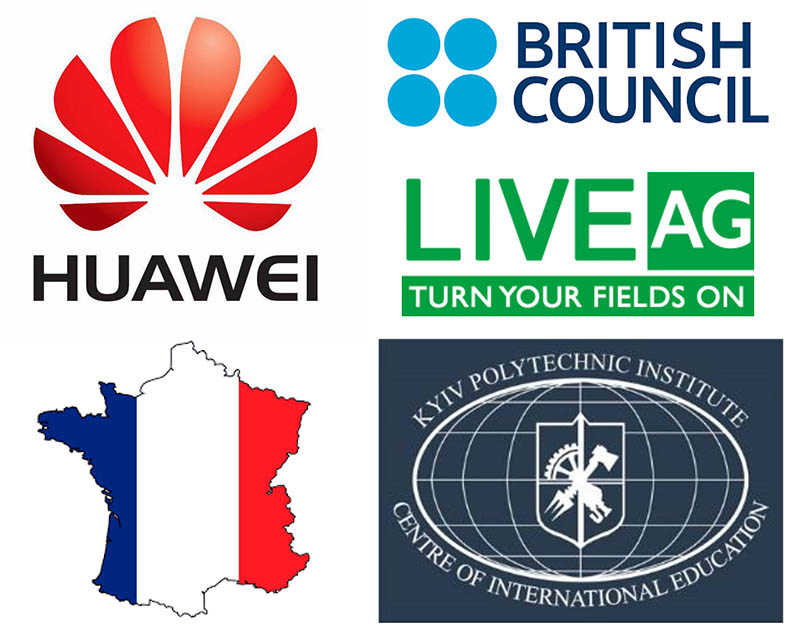 The new version of the website is designed for potential students NTUU “KPI” from the Middle East and North Africa.

Thus, the site is available in Ukrainian, Russian, English and Arabic.

Reference information: September this year is the beginning of foreign students training in English.

“HTI” association (includes companies Live AG, Genetic Plant Cells and A3Tech) in terms of cooperation with NTUU “KPI” is going to work towards effective solutions to the topical business problems and technical leadership for Ukrainian companies on the world market. And the agreements signed in June, 16 give great possibilities for common work of scientists and practical specialists towards finding solutions in the most perspective and highly developed spheres of agricultural business and ultimately in realization of agricultural potential of our country.

In the course of communication, Mrs. Isabelle Dumont highly appreciated KPI traditions and its best practices and asked the university heads to outline specific proposals regarding the cooperation with French universities and companies as well as the projects with a view to being realized since the facilitation to contacts establishment between educators and scientists of both

After two-day work, the parties discussed the lines of further cooperation and agreed a series of details in terms of the project “Ukrainian language for universities”.

During the meeting, representatives of a number of institutes and faculties of NTUU “KPI” informed the Chinese colleagues with their research and development in the fields of wireless communication systems, antenna design, development of different types of cooling and temperature control of powerful electronic systems, electrochemical systems for capacitors and the battery, and others on. In addition, the delegation has visited the Center for Innovative Entrepreneurship of University, Telecommunications Center, become familiar with the activities of the Innovation ecosystem «Sikorsky Challenge», visited the prototypes laboratory of equipment startup projects and Scientific and Technical Library of the University and visited other divisions of the KPI.

The next step should be a conclusion of agreements between the company and university divisions on joint work in separate fields.