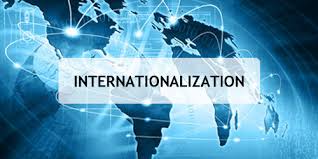 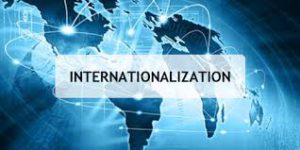 Over the past months, since the Brexit vote and the election of Donald Trump as president of the United States – many articles have been published about the negative impact of these two events on the internationalization of higher education in the United States and the United Kingdom and beyond.

The increasing wave of nationalist, populist, anti-immigration and anti-globalization trends in the United States, Europe and countries like Turkey and the Philippines make us wonder if the end of internationalization is near.

If elections in France, the Netherlands and Germany bring conservative, even nationalist governments to power, this may have a negative impact on the numbers of international students they take, the budgets of programs such as Erasmus+ and Horizon 2020 and the Bologna Process as a whole

One can only hope that, in reaction to Brexit and Trump, a counter-reaction will emerge, like the recent demonstrations against corruption in Romania. There are, however, several positive developments in internationalization of higher education which are worthwhile mentioning.

Second, we see an increase in internationalization elsewhere. Some recent examples include:

– A study by the US-based organization AFS, Mapping Generation Z, based on a survey of 13-18 year olds in 27 countries who speak 16 languages among them and on 5,200 responses, concludes that the next generation is eager to discover the world;

– The Erasmus+ program, this year celebrating its 30th anniversary, has seen an increase in the number of students and faculty and the activities undertaken and seems to be restricted from doing more only because of its limited budget;

– Australia also shows a strong increase in study abroad. According to a survey among 36 universities, almost 20% of undergraduate students have had an overseas experience, a remarkable percentage for a country better known for its high numbers of incoming international students.

– The higher education sector everywhere, and in particular in Europe, is now taking the lead in addressing the educational needs of refugees;

– Recent studies, for instance by Campus France, show increased mobility of students within regions such as Africa, Asia and Latin America, as well as between them, breaking with the traditional South-North flows. Internationalization has become a central component of national and institutional policies on these three continents and there is more awareness of the need to move from mobility to internationalization at home.

These few examples indicate that internationalization is not dead, but more alive than ever. What seems to be happening is a shift away from the traditional dominance of the industrialized world towards emerging and developing economies. But institutions of higher education in emerging and developing countries have to make choices to find the right balance between local, national, regional and global roles in their efforts to internationalize.