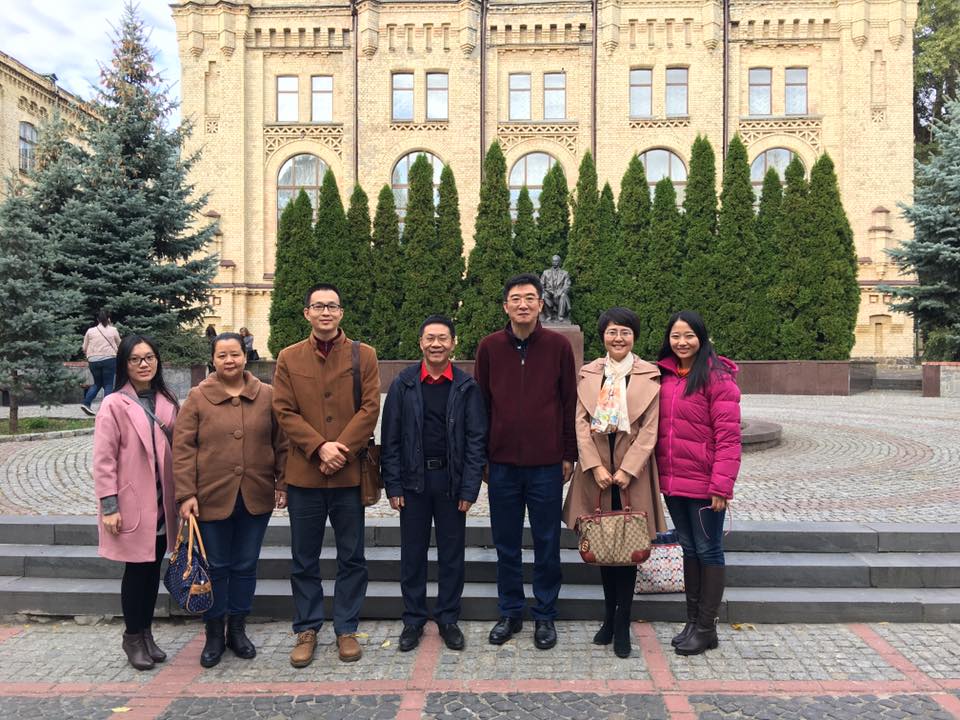 Any institution of higher education pays a critical importance to its partnerships with foreign universities, companies and other organizations. The presence of close international collaboration and established cooperation with foreign partners strengthens its positions on the international stage and increases its prestige.

Historically, NTUU “Igor Sikorsky KPI” has got a significant number of contacts with People’s Republic of China. These are the citizens of China who became the first foreign students of Kiev Polytechnic Institute. Since then the University has been leading an active and fruitful cooperation in Ukraine-China direction.

This week, on September, 26-28, National Technical University of Ukraine “Igor Sikorsky Kyiv Polytechnic Institute” has been visited by a delegation from the University of Huizhou (People’s Republic of China, Guangdong province).

It is worth noting that cooperation between the Kiev Polytechnic Institute and numerous structures of Huizhou has started in 2013 and in 2014 – particularly with the University of Huizhou. Nowadays universities are interested in cooperation in the following areas: information technology, biotechnology, chemistry, electronics, special machines and renewable energy.

Getting acquainted with students’ life in KPI, representatives of the Huizhou University also visited the art space “Tower” and saw the sights of NTUU “Igor Sikorsky KPI” during their two-hours walk along the University.

At the end of the visit a round table on “Strategic lines of cooperation: an academic management practice in Ukraine and China on the example of the University of Huizhou and KPI” was held.

The main result of the meeting was signing of the Protocol on the results of the visit and the Cooperation Agreement. The documents were signed by the Rector of NTUU “Igor Sikorsky KPI” Michael Zgurovsky and President of the University of Huizhou Peng Jong.

Here is the end of the official part of Chinese delegation visit but not of its acquaintance with the capital of Ukraine. Representatives of the Huizhou University gladly spent the rest of the time sightseeing in Kyiv.

It is worth mentioning that Chinese people are quite opened for accepting new knowledge and are not indifferent to Ukrainian culture, history and traditions. It was obviously seen from the way they listened to a guide’s story in the National Museum of History of Ukraine in the Second World War, from their interest in observing the territory and architecture of Kiev-Pechersk Lavra, St. Sophia and St. Michael’s cathedrals. Moreover, the female audience in respect to the orthodox traditions of Ukrainian people covered their heads with scarves while visiting some of the churches.

Some of you may ask why China finds Ukraine so attractive. Of course, in global terms the reasons lay in a geographical location and potential, which could turn Ukraine into a convenient transit hub. There is also a free trade zone with the EU and a strong agricultural sector. As for the field of higher education, China is very interested in establishing bilateral agreements with universities around the world. NTUU “Igor Sikorsky KPI” is the technical leader in higher education in Ukraine and one of the leading universities in Europe with a strong base in international cooperation.

Though, our country may have some more things to attract China.

“Kyiv has a wonderful architecture, a lot of very beautiful old buildings, – the Director of the international Department Lin Hong shares her impressions with us. – And the city looks pretty fresh due to its great number of green areas. China is completely different. Wherever you go you find only extra modern buildings. Sometimes that can be tiring”.

Perhaps it is a combination of economic interests, interests in the field of higher education and some sympathy as for the country with unique culture might have an impressive positive effect on cooperation in future.

That is why we should not forget the fact that today China has leading positions in the economic field and in higher education. It is therefore important to continue to move in the direction given and not to slow down. 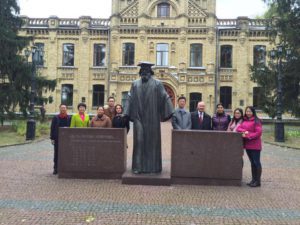 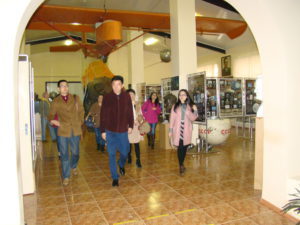 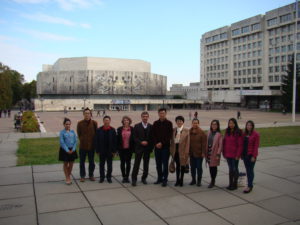 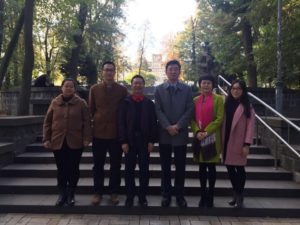