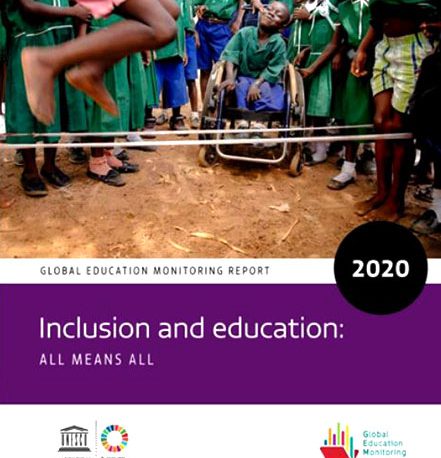 Representation matters – in particular in education. This has been emphasised again by the United Nations Educational, Scientific and Cultural Organization (UNESCO) in its Global Education Monitoring Report 2020 titled Inclusion and Education: All means all, which includes data on higher education participation rates and scholarships.

The question of representation – diversity – in higher education manifests itself in various aspects of the system, including the access of disadvantaged students to education who face multiple obstacles in gaining access to higher education, which include information and networking barriers.

A lack of representation in teacher training in higher education – in terms of women and people with disabilities – translates into fewer female and disabled students pursuing teaching as a field of study. For instance, the report shows fewer students with disabilities pursue a university education and still fewer graduate, thus being unable to become teachers.

In a similar vein, the scarcity of female science and mathematics teachers in Sub-Saharan Africa is a consequence of low female representation in these fields of study in higher education.

Noteworthy in the time of COVID-19 is that about 40% of low- and lower middle-income countries have not taken any measures to support learners at risk of exclusion during the crisis.

The report says the global participation in higher education, reached 224 million in 2018, equivalent to a gross enrolment ratio of 38%. Shares ranged from 9% in low-income to 75% in high-income countries.

Globally, 19% of the students are enrolled in short-cycle programmes, 68% in bachelor degree programmes, 11% in masters and 1% in doctoral programmes.

The top 50 scholarship aid providers offered some 30,000 new scholarships in 2019 for 2020 entry. This amounts to 94% of the total number of scholarships targeted at Sub-Saharan African students. Undergraduate scholarships accounted for 56%.

International organisations, including the UN High Commissioner for Refugees, the African Union, the European Union and the World Bank, were also prominent in the top 25.

The report recommends inclusive education for all learners, no matter their identity or background. This will require countries to establish sound legislative frameworks aligned to international commitments.