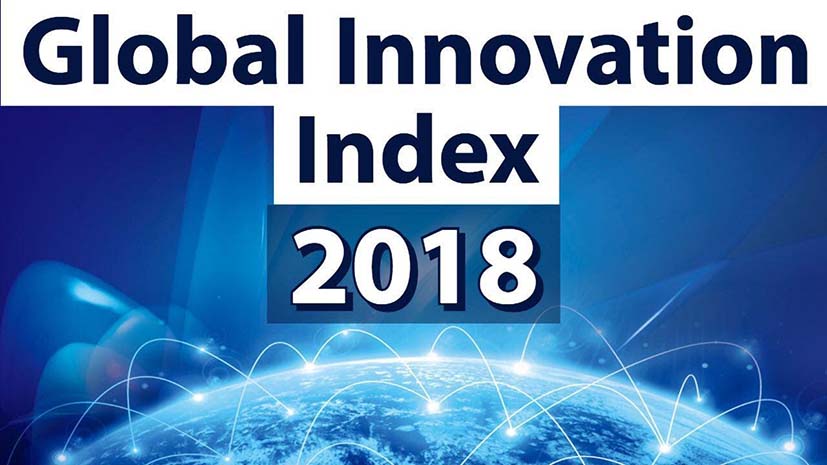 What is clear is that it is difficult to break into the top ranks. The last two years have shown that there is stability at the top with Switzerland, the Netherlands, Sweden, the United Kingdom, Singapore, the United States, Finland, Denmark, Germany and Ireland occupying the top 10 positions (with changes of order). Remarkably, for the past six years, Switzerland has been ranked number one in the world.

The key to being a strong innovation player is all round capabilities, both in input and output terms, rather than having narrow pockets of excellence. This means that institutions with the right political and regulatory environments, investments in research, education and training, the ability to translate inputs into outputs through skilled employment, patents, exports and value-added production, all matter for strong innovation performance.

What also matters is being alive to the ideas, knowledge, technology and insights that others bring through imports of technology-intensive goods, foreign direct investment and inward student mobility. It also means strong links between academia and industry and effective industry clusters to capitalise on synergies in knowledge and complementary capabilities.

However, changes are afoot. The rise of China in the rankings is becoming more apparent, while, to a lesser extent, India is seen to be performing better than its level of economic development would indicate.

China is now ranked 17th in the world and has steadily improved its ranking from 29th in 2015. India is ranked 57th and progressively improved from 81st in 2015, although it is harder to move up the rankings the closer you are to the top.

China is reaping the rewards of large-scale, long-term investments in capability building and clear goals and objectives. In particular, building strong foundations and a sustained focus on human capital in all its dimensions has been key. Human capital is seen as a major driver of competitiveness and growth.

In tertiary education in particular, China is rated fifth in the world on university rankings.

China has also positioned itself as being open to the flow of ideas and knowledge from abroad, even though there has been criticism of the way it has acquired knowledge from abroad. It is ranked 12th on the knowledge absorption criterion, with particular strengths in imports of high technology products and research talent in business enterprise.