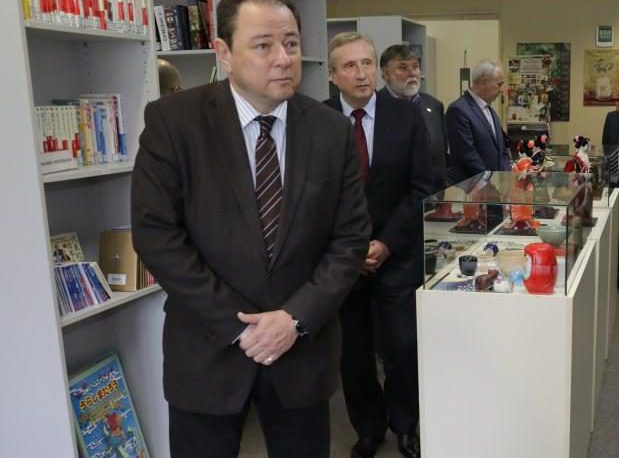 On June 2, 2020 in the Ukraine-Japan Center of Igor Sikorsky KPI, the rector met with the newly appointed Ambassador of Ukraine to Japan Serhii Korsunsky.

S. Korsunsky was acquainted with the activities of the Ukraine-Japan Center, which must be an important element of bilateral cooperation in science and technology, trade and investment, study of Japanese language, mutual cultural enrichment, deepening understanding between Ukraine and Japan as declared in the joint statement of the President of Ukraine and the Prime Minister of Japan.

During the conversation, the participants of the meeting discussed possible directions for the development of Igor Sikorsky KPI cooperation with partners in Japan in the field of nuclear energy and safe nuclear technologies, monitoring the impact of radiation on the environment, soils and air, biological substances and wildlife – based on Big Data.

The possibility of setting up cooperation between KPI and partners in Japan in the field of space research and technology on the basis of the “KPI Space Program” is also considered as promising.