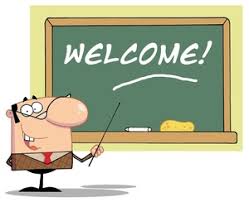 Over the past 25 years, increasing numbers of higher education institutions in continental Europe have started teaching classes, courses and complete programmes in English. Surveys show that, at the masters level in particular, English has become the main language of instruction.

Other countries where English is an important language of instruction in higher education include Denmark, Finland, France, Germany, Italy, Spain, Sweden and Switzerland. We see an increasing use of English in teaching and learning outside of Europe too; for instance, in South Korea.

It is not students who are the most critical about the decision to teach in English; in general, students are fairly happy with this option. Nor does the opposition come from rectors and presidents of universities, who in general advocate the importance of English for the internationalisation process, rankings, competition and for their research reputation.

The main opposition comes rather from faculty and organisations dealing with language policy, whose main argument is that universities internationalise to the detriment of teaching and learning quality.

The argument concerning quality of teaching and learning is also questionable. Most international students and faculty at universities in non-English-speaking countries do not have English as their mother tongue and, as such, are at as much of a disadvantage as local students and faculty. Higher education is becoming increasingly international and intercultural, and a common language of communication makes that interaction possible.

It would be too easy, though, to downplay the challenges of the increasing use of English as a language of scholarship at continental European universities. A recent study by the Royal Netherlands Academy of Arts and Sciences addresses some of these issues.

The report ends with some points for consideration:

This study was well received by the higher education community in the Netherlands since it provides a balanced and nuanced approach to teaching in English, compared to the polarised debate taking place in the media. In particular, it is a good guide to the use of English in the social sciences and humanities, which have seen the most heated debates about the issue. The study may also be a useful reference for policies in other countries dealing with this issue.