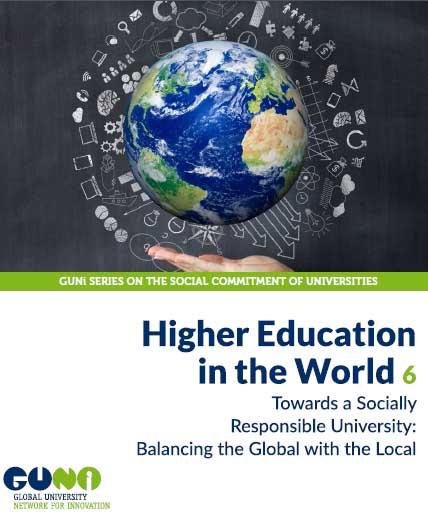 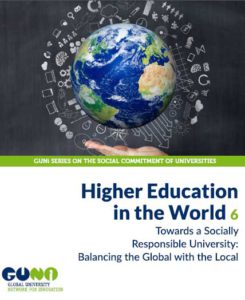 Universities face a dual and potentially conflicting responsibility to address both the local demands of society based on the race for global competitiveness and local and global demands to contribute to a more equitable and sustainable society at local and global level, according to new report by the Global University Network for Innovation.

Universities’ contribution to society is measured not only by its impact on higher education and research but also by the extent to which it carries out a third mission: social and cultural interaction between the university and the environment which aims to improve the community, the report says. At the same time, they have become key institutions for meeting the global challenges facing humanity and the planet, which are described in the United Nations Sustainable Development Goals 2030.

The greatest challenge of all is for higher education institutions – especially those specialising in research – to be recognised as civic, entrepreneurial, innovative, flagship and globally competitive, and both locally and globally engaged, the report concludes. The report, Towards a Socially Responsible University: Balancing the global with the local, published by the Global University Network for Innovation or GUNi*, is the sixth report in its “Higher Education in the World” series on the social commitment of universities.

The report studies the duality of university engagement with both the immediate needs of local society and the global challenges of the world. Eighty-six experts from 28 countries have contributed to the dissection of the topic in the report and the identification of good practices that can help academic leaders and policy-makers realise the highest purposes of education and research, the introduction says.

*GUNi was created in 1999 by UNESCO, the United Nations University and the Universitat Politècnica de Catalunya to implement the decisions of the 1998 World Conference on Higher Education. It has 208 members from 78 countries.