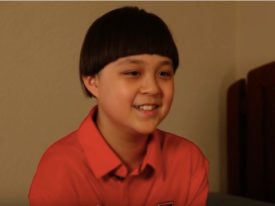 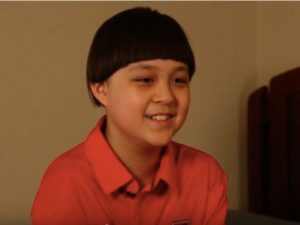 When he was 2, Jeremy Shuler was reading books in English and Korean. At 6, he was studying calculus. Now, at an age when most kids are attending middle school, the exuberant 12-year-old is a freshman at Cornell University, the youngest the Ivy League school has on record.

“It’s risky to extrapolate, but if you look at his trajectory and he stays on course, one day he’ll solve some problem we haven’t even conceived of,” said Cornell Engineering Dean Lance Collins. “That’s pretty exciting.”

Jeremy is the home-schooled child of two aerospace engineers who were living in Grand Prairie, Texas, when he applied to Cornell. While Jeremy’s elite-level SAT and Advanced Placement test scores in math and science at age 10 showed he was intellectually ready for college, Collins said what sealed the deal was his parents’ willingness to move to Ithaca. Jeremy’s father, Andy Shuler, transferred from Lockheed Martin in Texas to its location in upstate New York.