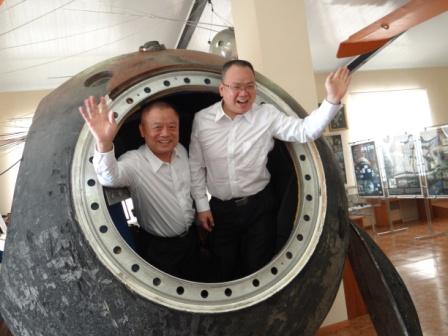 In addition to the previously published material about the working visit of Chinese delegation on August 14, 2015, we would like to share some of the less formal observations and emotions from this meeting.

Organizers prepared wonderful and interesting event, which both guests and hosts enjoyed with. Introductory excursion took its beginning in the hall of the university first building. There the delegation was told about outstanding scientists, which lives and work were somehow related to NTUU “KPI”. The guide also made an emphasis on the university pride – its famous graduates. The brief historical overview was followed by acquaintance with the Scientific and Technical Library in the name of G. Denisenko.

Guests also got a genuine emotional splash while visiting the exposition of the Department of Aviation and Cosmonautics I. Sikorsky State Polytechnic Museum of Ukraine at NTUU “KPI” and a scientific park “Kyiv polytechnic”, where guests received the necessary positive attitude before the official part of the negotiation process.

A capsule spacecraf was esspecially popular. It was visited by every member of the delegation. All of them expressed an incredible enthusiasm that only children can have.

Anyway, it is better to see by yourself. 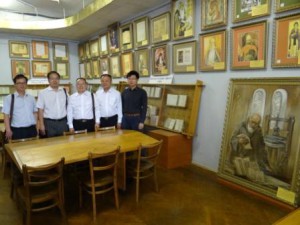 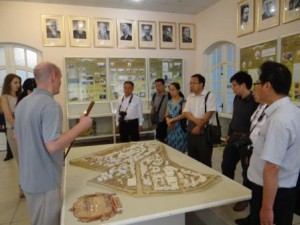 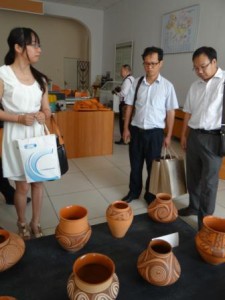 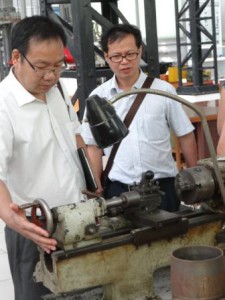 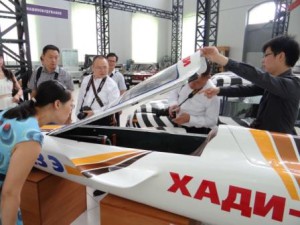 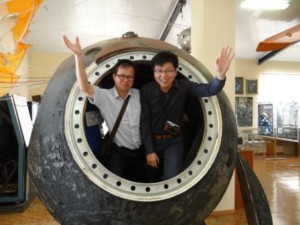 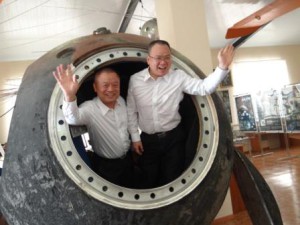