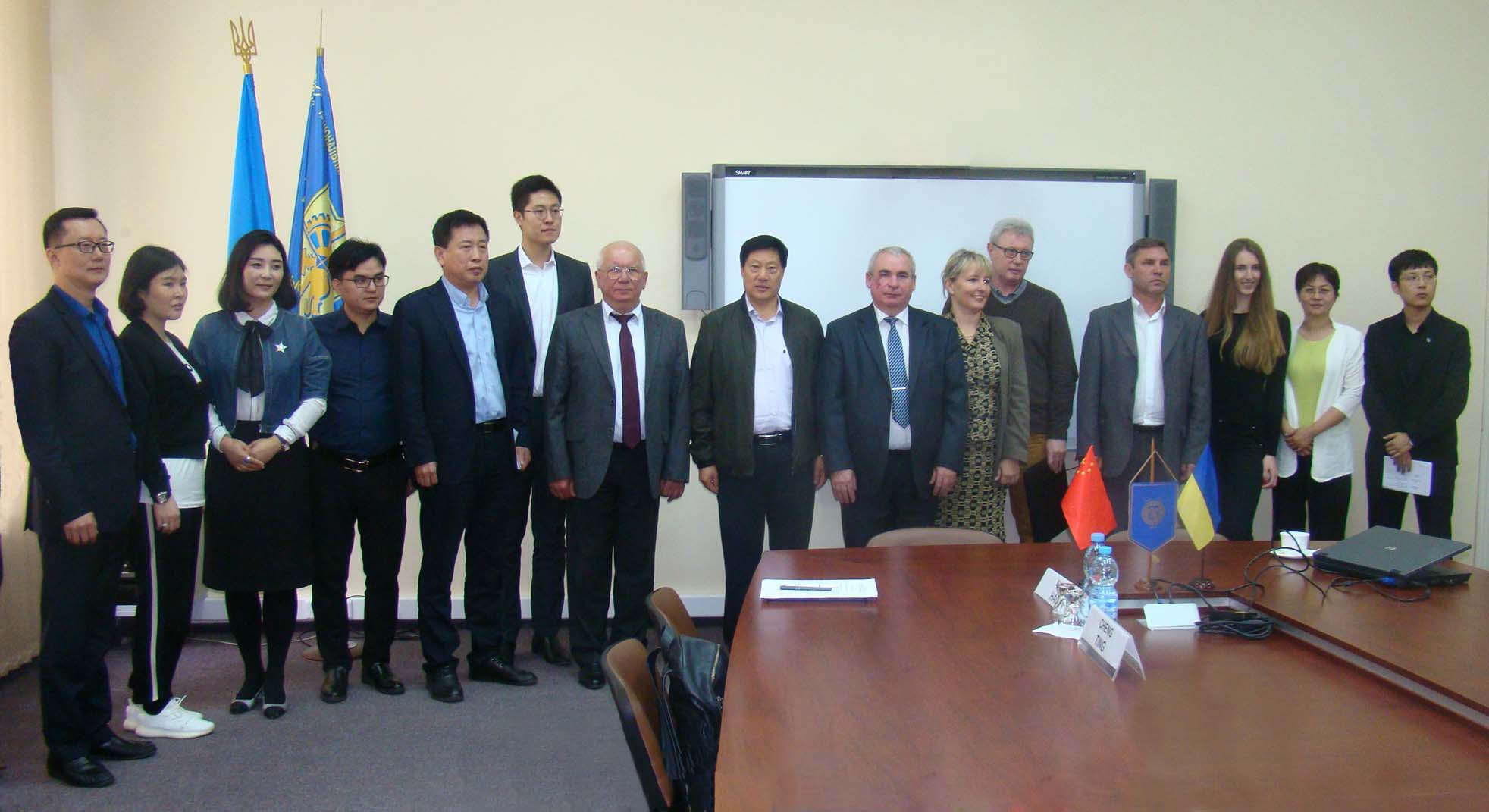 On May 15, 2018 the Petrochemical Technology Development Co., Ltd delegation paid a visit to Igor Sikorsky Kyiv Polytechnic Institute. It consisted of 8 members and was headed by its Vice-President Zhang Lizhong.

The goal of the meeting was a discussion of cooperation in educational and scientific spheres.

The negotiators began their work with greetings and listened to each other’s presentations. In particular, presentations were delivered by Head of the Foreign Economic Activity Office Andrii Shysholin and by representatives of the Faculty of Biomedical Engineering. The issues of possible cooperation in the field of education and science were discussed, the ways of further cooperation were drawn up, and its forms and directions were determined.

After summarizing the talks and taking photos, guests were invited for an excursion around the university. Members of the Chinese delegation visited the State Polytechnic Museum of Ukraine at Igor Sikorsky KPI and the Department of Aviation and Astronautics, which left a good impression on them.