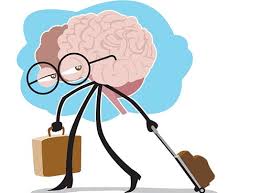 Officials say they are seeing a payoff from their investments in higher education.

A sure sign of a higher education sector that is still in its developmental stage is a brain drain of young researchers to Western universities.

For many years, this has been China’s experience, even as it spends huge amounts of money on its goal of becoming a “powerhouse of higher education” by 2050. But now, efforts to stem the loss of talented academics are paying off, according to the president of China’s major science funding agency.

“Just 10 years ago, the flow of talent was at about seven Chinese students leaving for every one that came back. Now it’s six [students] returning in every seven,” said Wei Yang, president of the National Natural Science Foundation (NFSC) of China. “The brain drain is almost over.”

Times Higher Education logoYang said that the improvement was partly due to an increase in the number of scientists coming from abroad to work in China, but was also driven by the growth of China’s youth population and improvements in domestic universities.

China’s strategy focuses heavily on science and engineering subjects, and the NSFC’s budget has increased from 18 million renminbi ($2.8 million) at its founding in 1986 to 28.6 billion renminbi ($4.5 billion) last year.