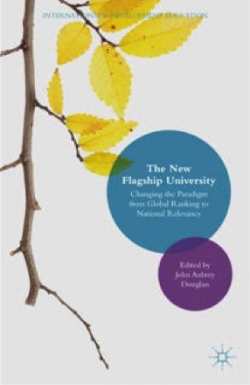 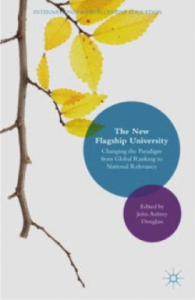 Globally, there is an increasing need for individuals to gain advanced certification beyond the secondary diploma. This demand is particularly acute in Sub-Saharan Africa.

Institutions in North America and Europe have understood that even with globally recognised facilities, the cost of meeting that demand requires both new approaches and new vehicles for assuring graduate competencies to participate both in civic life and in economic systems.

In Europe the Bologna accord is approaching this by allowing students to matriculate across institutions and geo/political boundaries, for example. This, of course, requires that the students meet international standards and that the institutions have well-qualified faculty both in terms of research and teaching skills.

Unfortunately, there is an unmet demand in the large population of the developing world. The issue becomes even more complex because, rather than noting changes in the developed countries, the agenda appears to be to rapidly expand the number of post-secondary institutions emulating in all respects the extant medallion institutions in form and function.

Rather than leveraging scarce resources in both talent and capital by collaborating among institutions and across geo/political boundaries, there is a movement at the country level to establish ‘flagship’ institutions. Even China, which has significant financial resources to acquire needed facilities and talent, has found that this can’t be accomplished.

While the capital needed for physical facilities may be scarce in the developing world, the standard of qualified faculty throughout the educational systems, K-12 and beyond, is weak. Thus secondary school graduates lack the skills to function at a post-secondary level.

Even more problematic is that faculty at post-secondary institutions lack academic credentials and have little or no training in best practice for educating students, particularly those who may be deficient in academic skills.

Unfortunately, faculty in their institutions have little experience of entrepreneurship and even less in providing support and knowledge in this area. Once again, this points to a crisis in qualified faculty and undermines the rush to rapid expansion to meet demand via conventional academic models.

This concern runs through all professional skills from engineering and information and communications technology, or ICT, to management, be it in general business or specialties such as agribusiness, which is much needed in rural areas.

Flagship universities are a national issue;

they should not be compared to flagship institutions in other countries or with internationally recognised ‘medallion’ institutions located in Europe or North America;

Many academic disciplines meet global standards, but expertise in particular areas of excellence does not confer excellence for institutions as a whole;

The rapid expansion of conventional academic models leaves universities, particularly in developing countries, lacking in faculty qualified both in disciplinary areas as well as, even, in basic educational skills, be that traditional teaching or the emerging competency-based instruction and effective use of ICT; and

There is an extensive cost to all, particularly students, to matriculate those lacking in post-secondary level competencies and to adjust standards to allow those individuals to receive a diploma or other such recognition.

Careful analysis shows that the demand for skills can be defined as 1:2:7. This means that a country needs one PhD to two masters level graduates to seven individuals with advanced practice skills. This points to the need for a different education system than the conventional academically driven university to meet the needs of today and the future.

The idea of achieving international ranking without careful attention to the capital requirements both in finances and qualified faculty is misdirected, particularly if graduates cannot meet the needs of the population, be it as critical as healthcare workers or as graduates with sound skills in engineering, management or other disciplines.