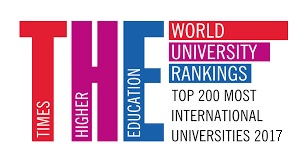 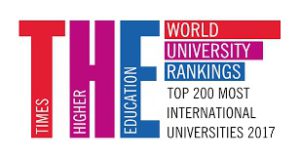 ETH Zurich tops the 2017 Times Higher Education list of international universities, a table based on THE’s ‘international outlook’ component in its World University Rankings and its academic reputation survey.

However, this year, only institutions in the top 500 of the World University Rankings were included and a university’s international reputation, based on THE’s annual Academic Reputation Survey, was added to the rankings, making up 25% of the total score.

The UK dominates half of the list’s top 20 institutions with the University of Oxford (6th), University of Cambridge (8th), University College London (9th) and the London School of Economics and Political Science (10th) sitting in the top 10 alongside the Australian National University at 7th.

In the overall rankings of 200 universities, the US has the strongest presence with 64 institutions however only one makes it to the top 30, Massachusetts Institute of Technology in 22nd place.

Germany has the second strongest representation with 15 universities, led by the Free University of Berlin, ranked 44th, and the UK third, with 13 institutions in total.