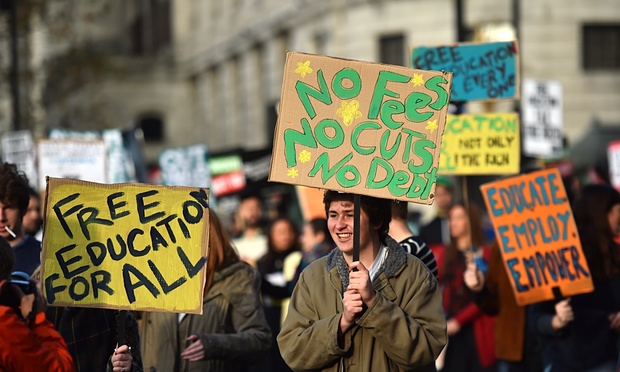 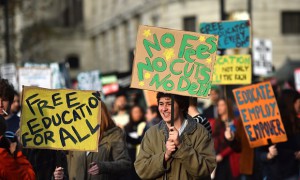 housands of British university students went out on the streets of London carrying banners “No fees, no cut, no debt”, “Tax the rich” and “Defend the poor students.” The authorized protest marches in different parts of the order was accompanied by two thousands of police officers who monitored the observance of public order in the city.

It should be admitted that it’s been the biggest demonstration of student since 2010, when students’ riot ended up with victims and arrests.

A powerful gust of indignation of British students was caused by coming changes in the education system of the country. Until now, the government provided grants to study in higher education for students from low-income families (whose annual income does not exceed 25 thousand pounds). The rest has to pay about 10 thousand pounds a year.

However, from next year, the conditions will be same for all students: grants are going to be canceled. Instead, the students were asked to take loans which they will have to pay when they get a job and their annual income exceeds 21,000 pounds.