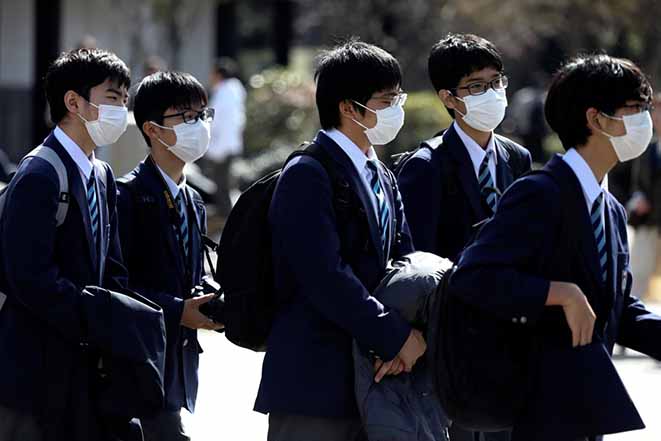 Many students in Japan have been forced to give up university studies for financial reasons, after the country’s coronavirus emergency and lockdown resulted in the loss of part-time jobs and problems with family income.

While some students received assistance from universities, and Prime Minister Shinzo Abe promised a wider package of support for students, academics said that COVID-19 could be an opportunity for wider reforms of the higher education system including a move to more online education and changes to Japan’s academic calendar to align more with the West.

An online survey in April, which elicited more than 1,000 responses from students, revealed that one in every 13 students is considering leaving university because of economic hardship.

The survey was conducted by ‘Free’, a student campaign demanding lower tuition fees. The group presented a petition to the government on 30 April with more than 10,000 signatures requesting support for students and calling for a 50% reduction in tuition fees.

Universities are reluctant to reduce tuition fees, which could reduce their overall income, despite lost classes since the April shutdown.

Larger private institutions such as Waseda University pledged up to JPY400,000 (US$3,750) for emergency scholarships for cash-strapped students. Hiroshima University said it will provide a monthly stipend of JPY 30,000 (US$280) for students in “urgent need”.

Tuhoku University, Sendai, announced a JPY 400 million (US$3.75 million) emergency assistance fund including scholarships for students in need and part-time jobs at the university for around 2,500 students.

To sum up, the reforms are needed but measures taken to combat the current crisis should not be a stop-gap effort. The sustainability of new developments depends on the commitment and resources of the universities and government.