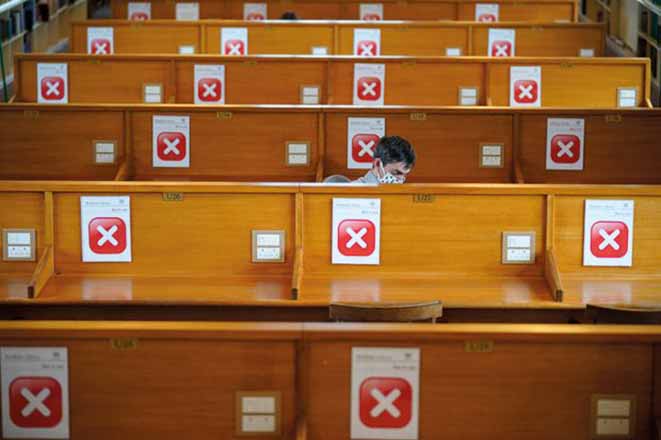 Less than one in four university staff feel safe returning to work on campus as coronavirus continues to spread, according to a global survey conducted by Times Higher Education.

In the survey, which was completed by 1,195 academics and higher education professionals around the world, nearly nine out of 10 respondents said that they were concerned that reopening campuses could lead to a spike in Covid-19 cases in their area. By a two-to-one margin, respondents identified financial concerns as the key factor in institutions’ reopening plans, ahead of staff and student safety.

A significant majority of respondents to THE’s survey were from the UK, where the 2020-21 academic year is just getting underway. Responses from the UK reflected the overall results, with 58 percent saying they did not feel safe returning to work on campus.

The debate over the safety of reopening UK campuses has reached a climax over the last week after the government’s Scientific Advisory Group for Emergencies (Sage) warned of “significant risk” that the reopening of university campuses could amplify coronavirus transmission.

Many of the UK survey responses direct their anger primarily at the government rather than sector leaders, with one highlighting the “lack of clarity from the government”, which “has made it very challenging to plan for reopening campuses, and guidance, when it has come, has been much too late”.