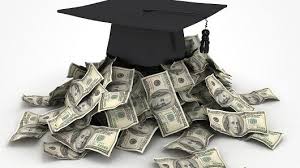 Here’s an interesting innovation that is taking place in Latin America: A company is paying for the college education of thousands of students in exchange for their commitment to pay back a small percentage of their salaries when — and if — they get a job.
Lumni, an education investment fund that describes itself as “a pioneer in human capital financing,” has already paid for the university studies of 7,000 young people in Chile, Colombia, Mexico and Peru. It has also started a pilot program with 27 students in the United States.
The big question is whether it is a great alternative for the millions of students who can’t afford a good higher education, or a risky deal that, without proper regulation, could turn students into modern-day indentured servants.
Unlike with bank loans, students who get a job after graduation under the new income-share agreements only pay a fixed percentage of their income — typically between 10 and 15 percent — for a period that most often doesn’t exceed six years. The students’ obligation is complete at the end of the mutually agreed period regardless of the sum they paid, company officials say.
There is no collateral, no co-signers, no interest payments, just a business contract between Lumni and the students. If students don’t pay their obligation back, Lumni can go to court to collect on its debt.
Some students who don’t get well-paying jobs after graduation end up paying back less money than they got, but most end up paying more, because they get better jobs, Vergara says. That way, Lumni can remain profitable and attract new investors, he added.
The company, which was conceived about 10 years ago in Colombia, plans to reach a cumulative total of 30,000 students over the next five years.
Some education experts see these pay-forward financial vehicles as a great solution for Latin America, in part because very few banks in the region provide affordable student loans.
There are a lot of risks, but in a region where many students cannot even afford to study in free-tuition state universities, let alone private ones, because they need to work, and where low-interest student loans are a rarity, income-share agreements are an idea worth pursuing. With proper regulation, Lumni-styled companies could help millions to finish college across the Americas.
More