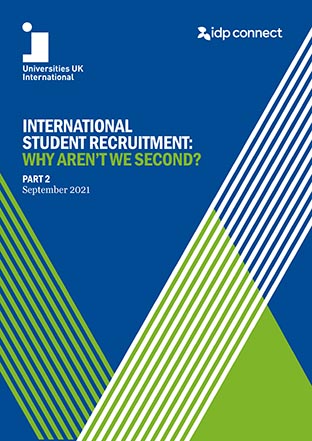 Competition for the recruitment of Nigerian students who are seeking high-quality university education in foreign destinations has increased in the past few years because of their ability to pay higher tuition fees in comparison to their counterparts from other countries in Sub-Saharan Africa, according to Universities UK International, a body that represents 140 British universities.

In a new report, International Student Recruitment: Why aren’t we second? researchers highlighted Nigeria as not just a country with the most mobile students in Africa, but one that was likely to become a major source of outbound students globally in the near future.

“At over 200 million people, Nigeria boasts the seventh-largest population in the world and it is projected to become the world’s third-most populous country by 2050 while, currently, more than 40% of the population is under the age of 14,” stated the report.

Quoting statistics from UNESCO, the report noted that, in 2018, Nigeria had 76,338 students that were internationally mobile, with most of them studying in universities in the United States, the UK and Canada, in that order.

According to Stephanie Harris, the head of international engagement at Universities UK International, recruiters from the US, UK, Canada and Australia are competing for Nigeria’s youth bulge as a way of maintaining, regaining, or developing specific markets.

What recruiting specialists are not missing is that Nigeria is Africa’s largest economy, with its gross domestic product last year standing at US$432 billion, according to the 2021 Economist Intelligence Unit, Nigeria fact sheet, and that many students want to study abroad to avoid university education offered at home, as it is regarded as of low quality and insufficient to prepare graduates for today’s skills and jobs.

In that context, Nigerian students prefer to move abroad, especially to Canada, the UK and the US to study at top universities that offer highly ranked programmes and prestigious degrees.

But what has excited outbound higher education markets is the ability of Nigerian students to pay tuition fees, accommodation costs and other living expenses without applying for scholarships as is the case for most other students from Sub-Saharan Africa.