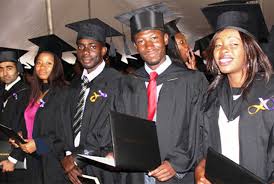 The private sector – already providing about 30% of higher education places in Africa – can do more to meet the continent’s educational challenges, and African governments should be maximising its contribution, rather than ignoring or acting against it.

This was the main message of a report entitled The Business of Education in Africa presented at the World Economic Forum on Africa held in Durban, South Africa, from 3-5 May.

According to the report, about 30% of all higher education places are currently provided by the private sector, and the segment saw nearly 15% growth from 2009-2013 in Sub-Saharan Africa, larger than all other core education segments.

According to the report, as a result of proliferation of technology in Africa, distance higher education has also emerged as a major and growing segment and has a “size of opportunity” of US$0.5-US$0.7 billion over the next five years.