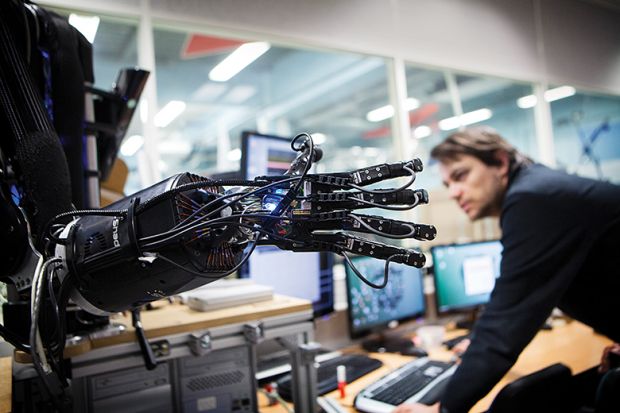 The age of robot scientists able to generate cutting-edge knowledge on their own is drawing ever closer, experts have claimed, after an automated experimental facility at Massachusetts Institute of Technology reported that it had done more experiments in a single year in its field than all of the different laboratories in the world combined to date.

Robot scientists who can work autonomously round-the-clock to produce enormous amounts of data were, until recently, one of the more unlikely ideas mooted by futurists.

But, in a Science Robotics paper, fluid dynamics researchers describe how they set up an “intelligent towing tank” to test the vortex-induced vibrations created when a body is dragged through water – an important area applicable to shipping and ocean structures.

The robot was able to observe the results and plan a follow-up experiment, which it had done so 100,000 times in its first year, “essentially completing the equivalent of all of a PhD student’s experiments every two weeks”, says the paper.

“At a similar MIT laboratory, a typical doctoral student would finish her PhD in about five years, having completed no more than a thousand laborious experiments,” say the MIT researchers, who claim the new approach represents a “potential paradigm shift in conducting experimental research, where computers…robots and humans can collaborate in real time to accelerate scientific discovery”.