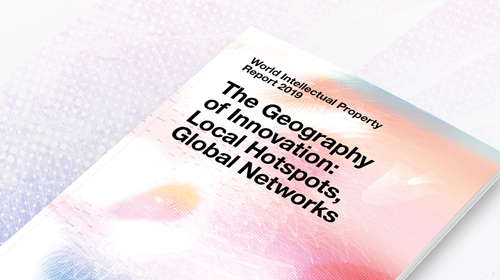 Five nations accounted for nearly half of all scientific activity around the world as well as the great the majority of patents issued during the three years to 2017.

According to the latest World Intellectual Property Report, China, Germany, Japan, the Republic of Korea and the United States were the dominant countries.

This year’s edition has a special focus on innovation networks and global ‘hotspots’ to build on themes that were identified in WIPO’s Global Innovation Index published earlier this year.
The report highlights the role of academic and public sector institutions in shaping the innovativeness of countries and regions.

The report also points to the increasing need for public-private research collaborations as well as government policies that support openness and international cooperation.

To produce the report, the authors analysed millions of patent and scientific publication records over several decades. They concluded that “innovative activity has grown increasingly collaborative and transnational”.

At the same time, however, the report notes that this activity originated in only a few large clusters located in a small number of countries.

In fact, some 30 metropolitan ‘hotspots’ alone accounted for 69% of all patents and 48% of scientific activity between 2015 and 2017. Even then the hotspots were mostly located in five countries – China, Germany, Japan, the Republic of Korea and the United States.

The report’s 2019 edition documents how the ‘geography of innovation’ has evolved over the past few decades to become much more collaborative.

“In the early 2000s, teams of scientists produced 64% of all scientific papers and teams of inventors were behind 54% of all patents,” the report states. “By the second half of the 2010s, these figures had grown to almost 88% and 68% respectively.