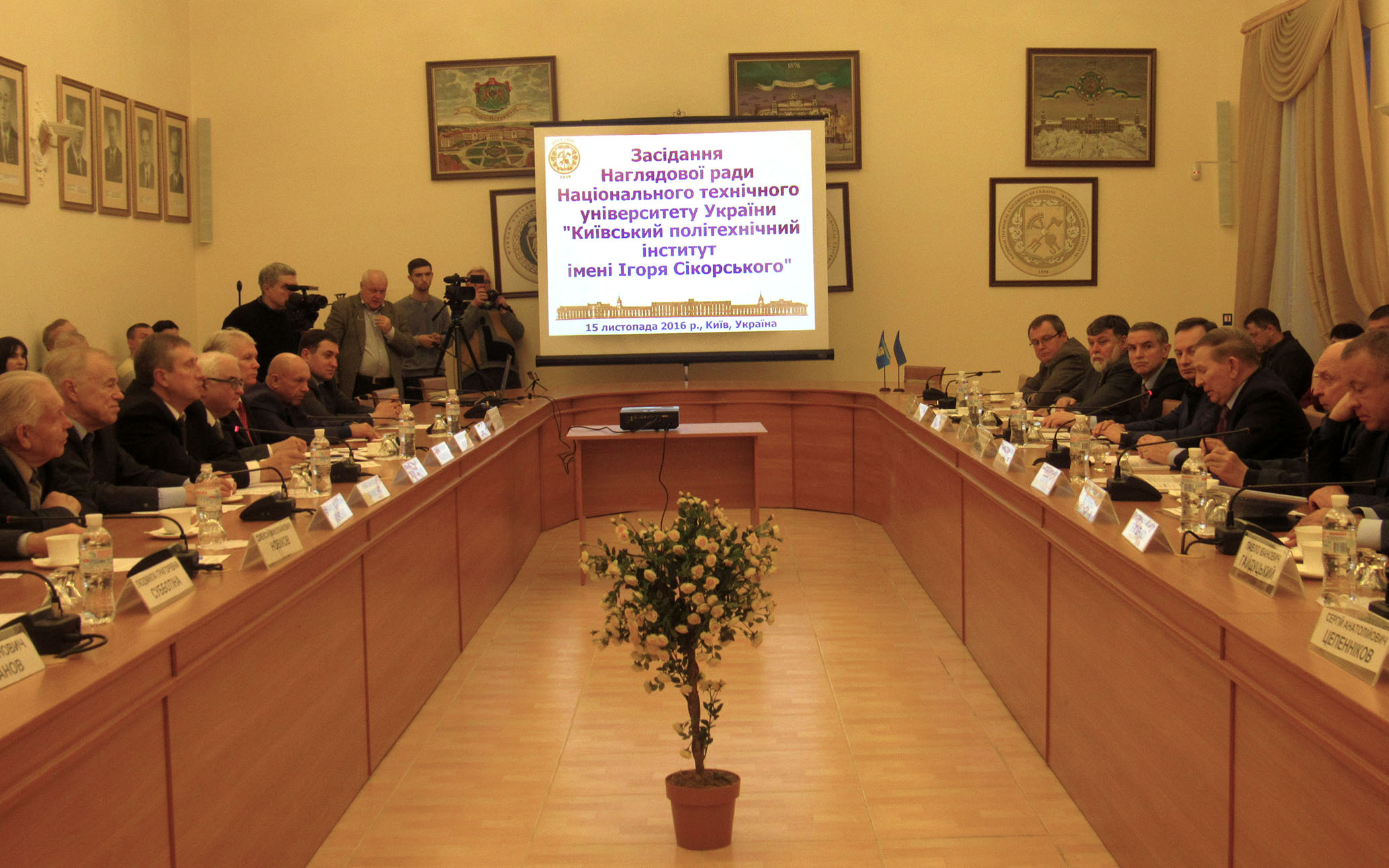 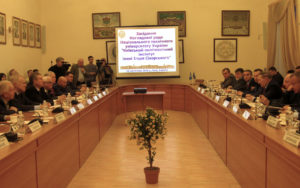 The meeting of the Supervisory Board of the NTUU “KPI” took place on the November 15, 2016.

The meeting was opened by President Leonid Kuchma. Rector Michailo Zgurovsky delivered a speech on the results of the V Ukrainian festival of innovative projects “SIKORSKY CHALLENGE 2016”. Further, Leonid Kuchma presented the honorary awards “Winner of Festival” from the  Presidential Fund of Leonid Kuchma “Ukraine” to  seven young innovators from across the Ukraine and was photographed with them in memory.

The main issue of the meeting was the innovation strategy of the university. A meaningful report on this topic for the respected participants was presented by rector of the NTUU “KPI” Michailo Zgurovsky. He stressed that innovation activity is an integral part of a modern university, along with the educational process and scientific research. Michailo Zgurovsky told about the study of international experience in this area, the history of creation of the corporation “Science Park “Kyivska Polytechnica” and innovation ecosystem “Sikorsky Challenge” by the university in their own scientific and methodological basis and the launch of the project “Polyteco Science City” in 2015. He elaborated on the cooperation of science and business, the results and future prospects.

The members of the Supervisory Board, invited guests, and vice-rectors of NTUU “KPI” have been actively discussed the report. Particular attention was paid to the implementation of innovative inventions, university collaboration with investors and industrial companies. Taking account of the current economic crisis, innovation is a powerful driving force for our country and the opportunity for universities to obtain additional financing and maintain scientific and human resources.