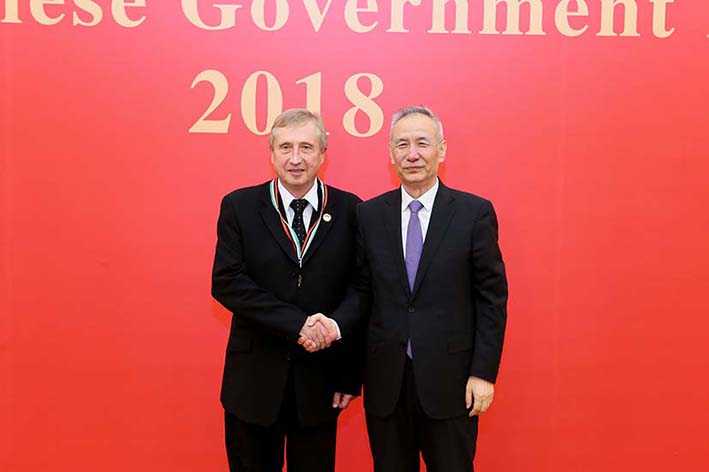 On September 29, 2018, the ceremony of the Chinese Government Friendship Award 2018 took place at the Great Hall of the People in Beijing, capital of China.

The Friendship Award is an annual award issued by the Chinese government to honor experts working in China. It was established in 1991.

This year 50 foreign experts, who are from 21 countries, in recognition of their contribution to the nation’s development were nominated with this highest award in China. Among them, there was the Rector of National Technical University of Ukraine “Igor Sikorsky Kyiv Polytechnic Institute” Mykhailo Zgurovsky.

While delivering his speech at the ceremony the Rector mentioned that the Award was accepted with a great honor “It is considered to be as an estimation of the contribution of the whole university team to the fruitful collaboration between two nations” – M. Zgurovsky said with gratitude.