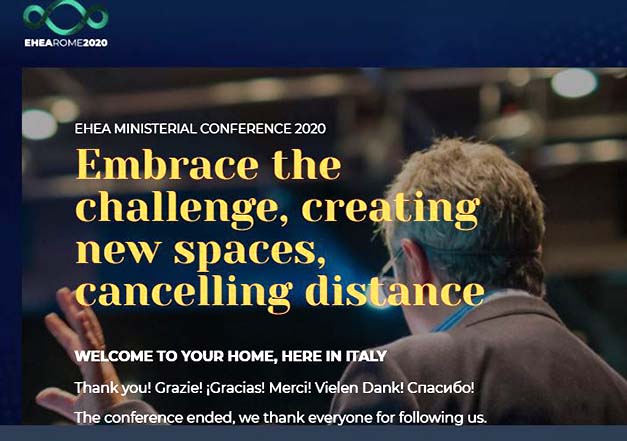 Igor Sikorsky KPI received an invitation to join the online broadcast of the Rome Ministerial Conference, which took place on November 19, 2020, on the official website of the event at https://ehea2020rome.it//.

The online broadcast was live and available for viewing in 6 languages.

We offer to your attention  materials of the Conference:

Annex I: Statement on Academic Freedom

Annex II: Principles and Guidelines for Strengthening the Social Dimension of Higher Education in the EHEA

Annex III: Recommendations to National Authorities for the Enhancement of Higher Education Learning and Teaching in the EHEA.