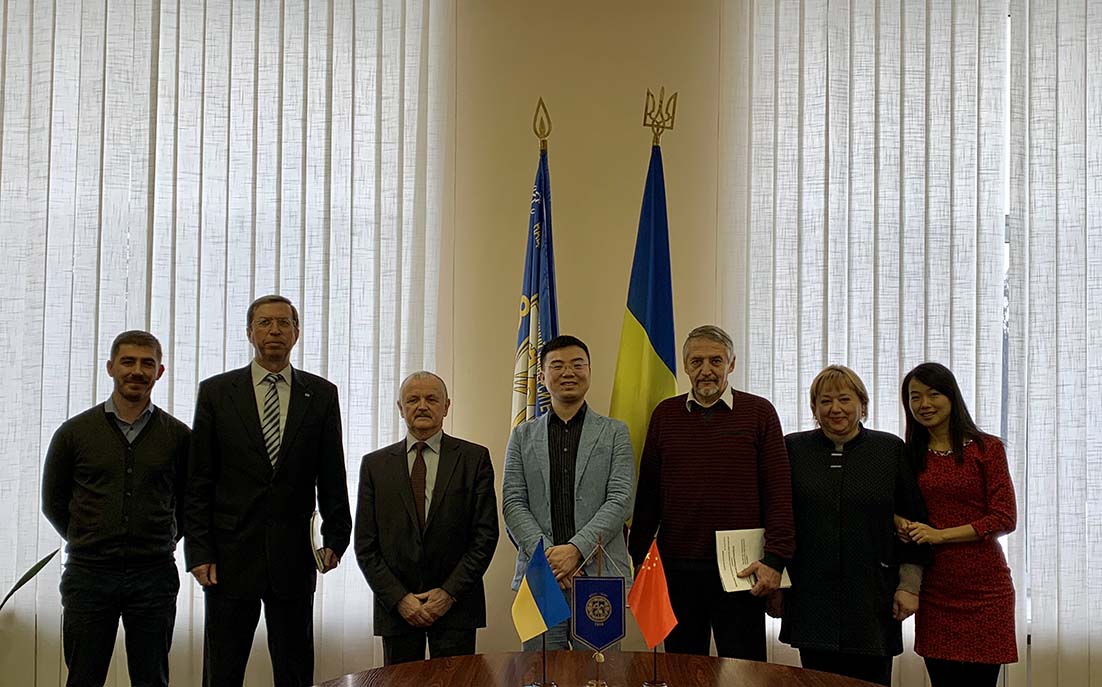 On December 7, 2018, Igor Sikorsky KPI was visited by the delegation of the Guangdong University of Petrochemical Technology of the People’s Republic of China, headed by prof. Mr. Zou Chengzhang.

The Chinese delegation was greeted by the Igor Sikorsky KPI officials: a member of the administration, the head of the Department of general physics and solid state physics V.Yo. Kotovsky, head of the Foreign economic activity office  A.P. Shysholin et al.

For guests, an excursion through the campus was held.

After the tour, a meeting with the university leadership took place. During the meeting, the issues of establishing cooperation between the Igor Sikorsky KPI and Guangdong University of Petrochemical Technology (GDUPT) were discussed and presentations of their universities were shown.

Head of the Foreign economic activity office, the coordinator of cooperation with the People’s Republic of China A.P. Shysholin presented the information about the Igor Sikorsky KPI

Head of the Department of applied hydromechanics and mechanotronics of the Mechanical Engineering Institute Dr. O.F. Lugovskyi presented information on technologies of water purification.

After discussing the directions and forms of cooperation, parties agreed to prepare concrete proposals from both sides on the development of cooperation with the possible signing of the memorandum and to continue online communication.