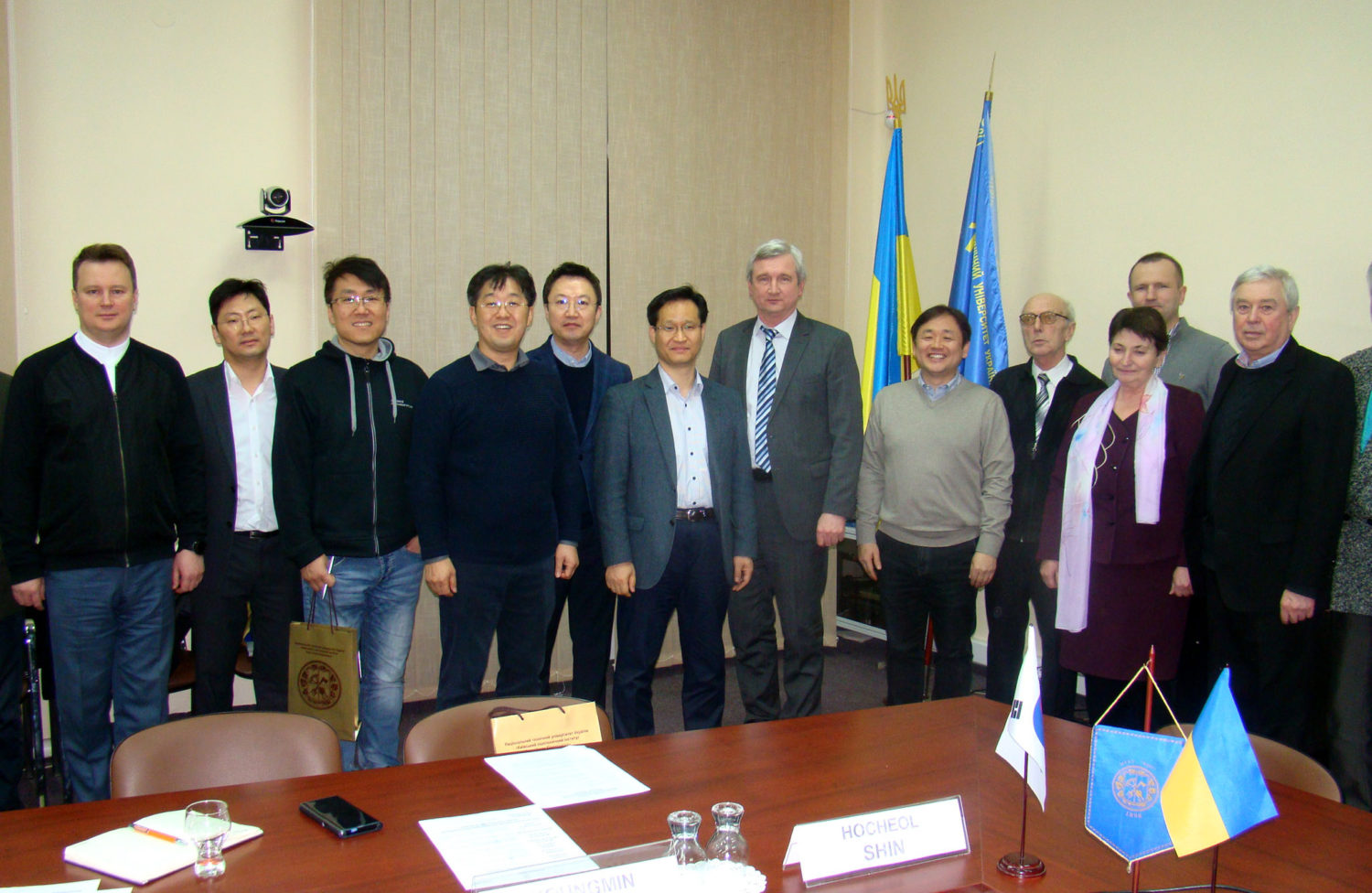 The main goal of the visit was search and discussion of potential forms of cooperation in the direction of artificial intelligence / computer vision and protection of personal data of electronics users with the Institute of Physics and Technology at Igor Sikorsky KPI and other departments of the university. In addition, the guests expressed their desire to get acquainted with the startup infrastructure of the leading technical university of the country.

Among Igor Sikorsky KPI representatives there were Vice-rector O. Novikov, Director General of the Science Park “Kyivska Polytechnika” V. Gnat, Head of the Foreign Economic Activity Office A. Shysholin, Acting Head of the Institute of Physics and Technology T. Litvinova and other representatives of the IPT.

All participants of the meeting listened with a particular enthusiasm to the bright report of Prof. M. Schlesinger, a representative of the International Scientific and Training Center for Information Technologies and Systems of the National Academy of Sciences of Ukraine and the Ministry of Education and Science of Ukraine and one of the founders of the national school of computer vision.

The meeting passed in a positive atmosphere, its participants presented their departments and a variety of cooperation possibilities and discussed all the planned issues of scientific and educational collaboration. As a result, agreements were reached on further steps towards its development in the areas of cybernetic security, cryptographic information security, etc. In the end, a joint photo was taken and then guests were led to the State Polytechnic Museum of Igor Sikorsky KPI which became the end of the working visit.

To have a look at the photo report of the meeting, you can follow the link.